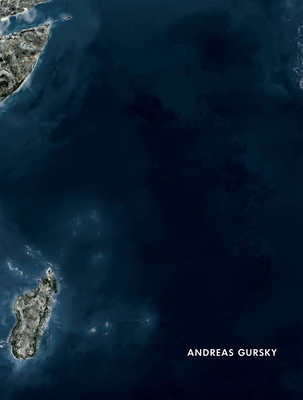 Following the 2010 exhibition at Gagosian Gallery Beverly Hills, this magnificent set of slipcased books captures the grandness and lushness of the epic photographs of Andreas Gursky, one of the world’s greatest living photographers. In these new works, Gursky demonstrates that a photographer can make or construct--rather than simply take--photographs about modern life and produce them on the scale of epic painting. Just as history painters of previous centuries found their subjects in the realities of everyday life, he seeks inspiration in his observations of the human species in the world, whether firsthand or via reports of global phenomena in the daily media. The resulting pictures have a formal congruence deriving from a bold and edgy dialogue between photography and painting, empirical observation and artfulness, conceptual rigor and spontaneity, representation and abstraction. In pursuit of his aim to create "an encyclopedia of life" Gursky's world view fuses the flux of reality with the stillness of metaphysical reflection. From initially using the computer as a retouching tool, he began exploring its transformative potential, sometimes combining elements of multiple shots of the same subject into an intricate yet seamless whole, at other times barely altering the image at all. Over time his subjects have expanded to map and distill the emergent patterns and symmetries of a globalized world with its consensual flows and grids of data and people, architecture, and mass spectacle. In the new Ocean series, with their darkly nuanced surfaces, Gursky has worked to reconcile the division between the machine eye and the human eye, continuing the debates and practices begun in the nineteenth century regarding photography and the issue of artistic expression versus objective science.

Art historian Norman Bryson has been published widely in the areas of eighteenth-century art history, critical theory, and contemporary art. Werner Spies is an art historian and curator. He was one of Andreas Gursky’s mentors during the artist’s years at the Düsseldorf Academy. Andreas Gursky was born in 1955 in Leipzig, former East Germany. He attended Folkwangschule, Essen (1978-1981) and Staatliche Kunstakademie, Düsseldorf (1981-1987). Recent major museum exhibitions include "Werke-Works 80-08", Kunstmuseen Krefeld (2008, touring to Moderna Museet, Stockholm and Vancouver Art Gallery in 2009); Kunstmuseum Basel, Switzerland (2007); Haus der Kunst, Munich (2007, touring to Istanbul Museum of Modern Art, Sharjah Art Museum, National Gallery of Victoria, Melbourne, and Ekaterina Foundation, Moscow in 2007-2008); The Museum of Modern Art, New York (2001, touring to Reina Sofia, Madrid, Centre Pompidou, Paris, and Museum of Contemporary Art, Chicago in 2001-2002). His work is included in important public and private collections throughout the world.