A History of the Philippines (Paperback) 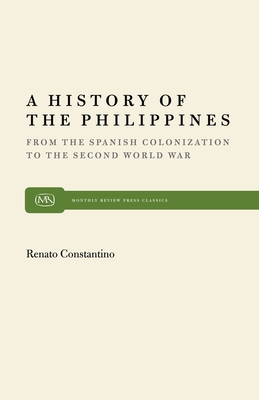 A History of the Philippines (Paperback)


We can usually get this book in 3 to 7 days, except during a pandemic. We are doing our best
Unlike other conventional histories, the unifying thread of A History of the Philippines is the struggle of the peoples themselves against various forms of oppression, from Spanish conquest and colonization to U.S. imperialism. Constantino provides a penetrating analysis of the productive relations and class structure in the Philippines, and how these have shaped--and been shaped by--the role of the Filipino people in the making of their own history. Additionally, he challenges the dominant views of Spanish and U.S. historians by exposing the myths and prejudices propagated in their work, and, in doing so, makes a major breakthrough toward intellectual decolonization. This book is an indispensible key to the history of conquest and resistance in the Philippines.