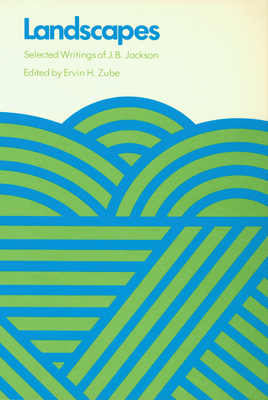 
This book has been declared out of stock indefinitely, so we are unlikely to be able to get it.
The author views landscaping as an expression of a way of life. This collection of essays is written for the general reader and features articles without footnotes. The subject matter ranges from disquisitions on ordinary houses, yards, farms, and farmsteads to notes on ecology and from the impact of automobile use, mobile homes, shopping centers, and rural and urban planning to philosophical arguments about the meaning of human space and arguments for and against preservation.
J. B. Jackson was born in 1908 and lived until 1996. Raised and educated in Massachusetts, Jackson studied geography and architecture until he launched the combination of these subjects in his magazine, Landscape.Jackson went on to publish Discovering the Vernacular Landscape (1984), The Essential Landscape: The New Mexico Photographic Survey (1985), and A Sense of Place, a Sense of Time (1994), which won the 1995 PEN International award for the best collection of essays.
"A splendid collection of essays, articles, and addresses by J. B. Jackson, founder and long-time editor of Landscape magazine. . . . Jackson is rightfully famous for his sensitive humanistic reflections on the cultural landscape. This collection contains many gems of wisdom and much food for thought. . . . Every college/university library (and many public and 'special' research libraries) should find this accessible and valuable collection of interest.”—Places

"The highway strip, the 'stranger's path' in the medium-sized city, the rural-urban relationship and the other aspects of the humanized American landscape are observed by 15 essays imprinted with a historical perspective and an awareness of the cultural and social milieu. One long essay describing the life styles of the three generations in a westward moving farm family mirrors major changes in U.S life between the Colonial and contemporary periods."—Booklist

"A refreshing and enlightening piece of literature, written most articulately for anyone interested in horticulture or American history and sociology."—Horticulture