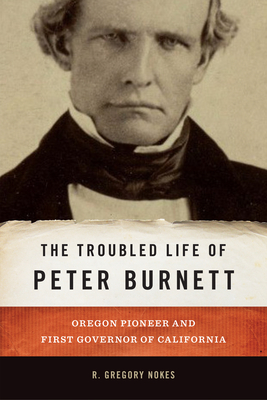 Few people in the nineteenth-century American West could boast the achievements of Peter Burnett. He helped organize the first major wagon train to the Oregon Country. He served on Oregon’s first elected government and was Oregon’s first supreme court judge. He opened a wagon road from Oregon to California. He worked with the young John Sutter to develop the new city of Sacramento. Within a year of arriving in California, voters overwhelmingly elected him as the first US governor. He also won appointment to the California Supreme Court.

It was one heck of a resume. Yet with the exception of the wagon road to California, in none of these roles was Burnett considered successful or well remembered. Indeed, he resigned from many of his most important positions, including the governorship, where he was widely perceived a failure.

Burnett’s weakness was that he refused to take advice from others. He insisted on marching to his own drum, even when it led to some terrible decisions. A former slaveholder, he could never seem to get beyond his single-minded goal of banning blacks and other minorities from the West.

The Troubled Life of Peter Burnett is the first full-length biography of this complicated character. Historians, scholars, and general readers with an interest in Western history will welcome R. Gregory Nokes’ accessible and deeply researched account.

R. GREGORY NOKES is the author of Breaking Chains: Slavery on Trial in the Oregon Territory and  Massacred for Gold: The Chinese in Hells Canyon. He traveled the world as a reporter and editor for The Associated Press and the Oregonian. A graduate of Willamette University, he attended Harvard University as a Nieman Fellow. His reporting on the 1887 murders of more than thirty Chinese gold miners in Hells Canyon resulted in a formal designation of the site as Chinese Massacre Cove and was the basis for an Oregon Public Broadcasting documentary. Greg and his wife, Candise, live in West Linn, Oregon.

“Greg Nokes has written a well researched biography of Peter Burnett, California’s first governor.  Burnett’s leadership flaws and notorious African-American exclusionary policies  are highlighted as well as key historical events of the time including emigrant travel adventures, the boom and bust of the Gold Rush and the challenges of creating new governments in both Oregon and California.”
- Gary K. Hart, former California State Senator and Secretary of Education