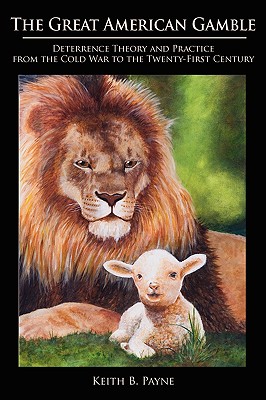 The Great American Gamble examines the past, present, and prospective future of U.S. deterrence theory, strategic forces, nuclear weapons and policy. It provides a detailed explanation of the competing schools of deterrence theory that emerged during the late 1950's and early 1960's. Based on an extensive review of previously classified documents, it demonstrates how and why U.S. Government policies came to adhere to the guidelines established by the theory of deterrence popularly called the "balance of terror." Dr. Payne presents the assumptions, judgments and hopes that led U.S. policy makers in consecutive Republican and Democratic administrations to that choice. Acceptance of a balance of terror as official policy was challenged on occasion during the Cold War under both Democratic and Republican administrations, but it persisted as the lodestar for U.S. strategic policies. Most Americans presumed they were defended, but U.S. Government choices were predicated on the belief, as noted by Henry Kissinger, "that vulnerability contributed to peace, and invulnerability contributed to war." Looking forward, the key question is to what extent the basic tenets of Cold War academic deterrence theory provide useful guidance to contemporary strategic policy given contemporary threats and conditions? The conclusion offered herein is that familiar Cold War guidelines are a manifestly imprudent basis for U.S. policy. Much of what we believed we knew about deterrence during the Cold War now appears to have been more fleeting hope than wisdom.