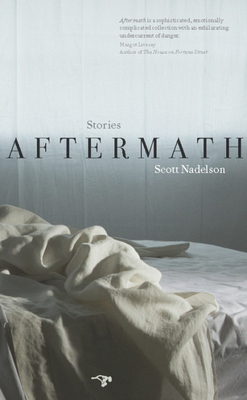 
This book has been declared out of stock indefinitely, so we are unlikely to be able to get it.
THE CHARACTERS IN SCOTT NADELSON'S third collection are living in the wake of momentous events-- the rupture of relationships, the loss of loved ones, the dissolution of dreams, and yet they find new ways of forging on with their lives, making accommodations that are sometimes delusional, sometimes destructive, sometimes even healthy. In "Oslo," a thirteen-year-old boy on a trip to Israel with his grandparents grapples with his father's abandonment and his own rocky coming-of-age. In "The Old Uniform," a young man left by his fianc e revisits the haunts of his single days, and on a drunken march through nighttime Brooklyn, begins to shed the false selves that have kept him from fully living. And in the title story, a couple testing out the waters of trial separation quickly discover how deeply the fault lines of their marriage run and how desperately they want to hang onto what remains. Mining Nadelson's familiar territory of Jewish suburban New Jersey, these fearless, funny, and quietly moving stories explore the treacherous crossroads where disappointments meet unfulfilled desire.
Scott Nadelson is the author of three story collections published by Hawthorne, including Aftermath and The Cantor's Daughter. A winner of the Oregon Book Award for short fiction, the Reform Judaism Fiction Prize, and the Great Lakes Colleges New Writers Award, he teaches creative writing at Willamette University and in the Rainier Writing Workshop MFA Program at Pacific Lutheran University. He lives in Salem, Oregon.

WHETHER HE'S DESCRIBING a married couple experimenting with trial
separation or a young woman dealing with her father's cancer, Scott
Nadelson writes brilliantly about the many forms of ambivalence that
love can take. His characters, of all ages, are wonderfully vivid.
Aftermath is a sophisticated, emotionally complicated collection with
an exhilarating undercurrent of danger. MARGOT LIVESEY, author of The House on Fortune Street


SCOTT NADELSON'S STORIES begin with some rupture--a break-up, an accident--and explore the messy results. The relative (and often self-imposed) hell in which Nadelson's characters find themselves is more than counter-balanced by the heaven of the telling. There's so much to enjoy in the bluesy aftermath: the deftly drawn characters, the world replete with all-too-normal strangeness, and the sharp-eyed, clever perceptions. I emerged from the book, as if from a movie, so lost in and convinced by the vivid screen, that the world felt a little sun-bleached in comparison. DEBRA SPARK, author of Good for the Jews