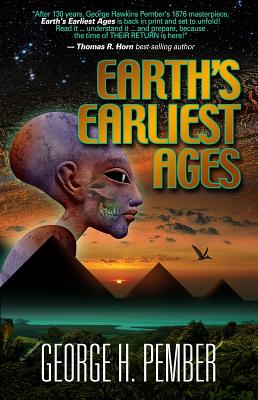 
We can usually get this book in 3 to 7 days, except during a pandemic. We are doing our best
As far back as the beginning of time and within every major culture of the ancient world, the astonishingly consistent story is told of gods who descended from heaven and materialized in bodies of flesh. From Rome to Greece and before that, to Egypt, Persia, Assyria, Babylonia, and Sumer the earliest records of civilization tell of the era when powerful beings known to the Hebrews as Watchers and in the book of Genesis as the b'nai ha Elohim ('sons of God') mingled themselves with humans, giving birth to part-celestial, part-terrestrial hybrids known as 'Nephilim.' When English theologian George Hawkins Pember, in his 1876 masterpiece, Earth's Earliest Ages, analyzed the prophecy of Jesus Christ in Matthew 24 that says the end times would be a repeat of 'the days of Noah, ' he concluded the final and most fearful sign heralding the Lord's Second Coming would be the return of the 'Nephilim, the appearance upon earth of beings from the Principality of the Air, and their unlawful intercourse with the human race.' Jesus Himself, in answering His disciples concerning the signs of His coming and of the end of the world, verified it would be 'as the days of Noah] were' (Matthew 24:37). The implication is, just as it was before the Flood when the spirits of Nephilim were powerful upon earth (Genesis 6:4), mankind would experience an end-times renaissance of the influence of these entities.