Where to Bike: Portland: Best Biking in City and Suburbs (Paperback) 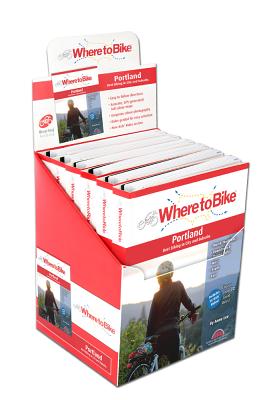 Where to Bike: Portland: Best Biking in City and Suburbs (Paperback)


This book has been declared out of stock indefinitely, so we are unlikely to be able to get it.
Anne Lee's first bicycle was a shiny blue beauty with a white seat and stripes along the fenders. It seemed to dwarf the tree it stood beside on Christmas morning. In the northeast winter takes it time saying goodbye, but that first warm spring day when the sidewalk was finally clear of snow, a small child found freedom and adventure on her new bike. That bicycle took Lee on many excursions growing up. The joy she found as a child compelled Lee to graduate from recreational cyclist to a full-fledged bicycle commuter when she moved to the west coast.

Lee grew up in Boston, earned her undergraduate degree from Emmanuel College, and her Master's degree from the University of Southern Maine. After a career in banking, Lee and three other colleagues became publishers of a weekly help-wanted newspaper with circulation in Maine and New Hampshire. Even the adventures of building a company from the ground up did not hold her interest beyond five years. Lee joined the YWCA and turned her attention toward nonprofit management.

After spending a year in South Carolina attending to family matters, Lee turned west and chose Portland, Oregon as her home because of the city's commitment to urban planning, sustainability, and bicycling. She joined the Community Cycling Center where she applies her business sense to the mission of broadening access to bicycles, and hangs her helmet between bicycle adventures.