Shadow in the Sea (Paperback) 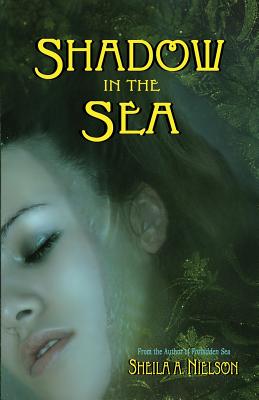 Shadow in the Sea (Paperback)

By Sheila A. Nielson


We can usually get this book in 3 to 7 days, except during a pandemic. We are doing our best
(This book cannot be returned, even for store credit.)
When sixteen-year-old Sadelyn Hanson washes up on the shores of Windwaithe Island, her beauty and the strange marks on her wrist make superstitious locals suspect she is a mermaid. Feigning amnesia, Sade hides a far worse secret: she was sailing to her own murder trial when she was thrown overboard by the real killer, the cunning and cruel Captain Westwood. Sade's quiet effort to rebuild her life on the island is threatened when she meets an actual young merman. Unable to speak his language, Sade still longs for the warm companionship he offers, despite the locals' dire legends about merfolk and their dark magic. But her confused feelings for the impossible boy become the least of her problems when Captain Westwood's ship docks at Windwaithe. With nowhere to escape, Sade must trust in the one person who doesn't fear the merfolk. A woman who had dealings with them herself-years ago.