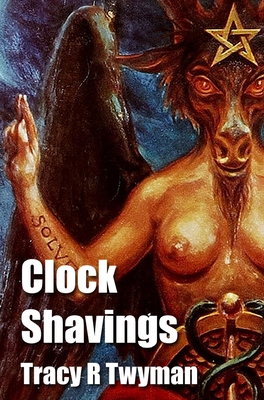 By Tracy R. Twyman
$56.19
We can usually get this book in 3 to 5 days, except during a pandemic. We are doing our best
(This book cannot be returned, even for store credit.)

In a dank basement in Denver, Colorado, in the summer of 2001, a group of friends attempted to contact a dead French artist on the Ouija board as part of a research project about the Holy Grail. They were hoping to get help decoding an historic occult mystery pertaining to the royal bloodline of France. They had no idea they were opening a portal to Hell. What followed was a 13-year adventure into the supernatural, trailing mysterious clues given to them from beyond the veil. Join Tracy, Brian, and the brethren of the Ordo Lapsit Exillis, as they explore the secrets of Freemasonry, the Knights Templar, the Priory of Sion, and the Apocalypse, gleaned from the ghostly lips of artist Jean Cocteau, Cain the Murderer, Baphomet the Goat, Lucifer the Lightbearer, and Satan himself. Initiate yourself into the hidden gnosis of the underworld, the Black Sun, the Ark of the Covenant, the Crucifixion, the Deluge, fallen angels, the war in Heaven, and the coming reign of the Anti-Christ, as told by spirits who are in a position to know. Learn the secrets of the demons trapped in the Abyss down below. Discover how they plan to return to Earth, and reign once more through the coming of a powerful king. Now, and only now, at this late hour, can this sub rosa information be told to the public. The window of revealing shall be agape but for a short time.