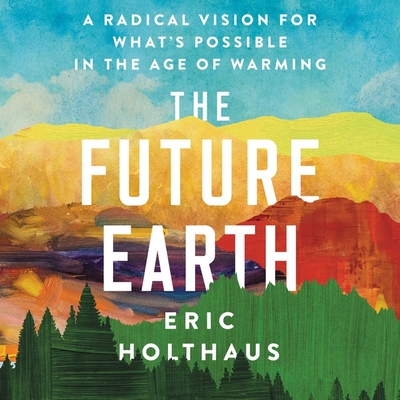 By Eric Holthaus, Gary Tiedemann (Read by)
$29.99
We can usually get this book in 3 to 5 days, except during a pandemic. We are doing our best

The first hopeful book about climate change, The Future Earth shows readers how to reverse the short- and long-term effects of climate change over the next three decades.

The basics of climate science are easy. We know it is entirely human-caused. Which means its solutions will be similarly human-led. In The Future Earth, leading climate change advocate and weather-related journalist Eric Holthaus ("the Rebel Nerd of Meteorology"--Rolling Stone) offers a radical vision of our future, specifically how to reverse the short- and long-term effects of climate change over the next three decades. Anchored by world-class reporting, interviews with futurists, climatologists, biologists, economists, and climate change activists, it shows what the world could look like if we implemented radical solutions on the scale of the crises we face.

What could happen if we reduced carbon emissions by 50 percent in the next decade?What could living in a city look like in 2030?How could the world operate in 2040, if the proposed Green New Deal created a 100 percent net carbon-free economy in the United States?

This is the book for anyone who feels overwhelmed by the current state of our environment. Hopeful and prophetic, The Future Earth invites us to imagine how we can reverse the effects of climate change in our own lifetime and encourages us to enter a deeper relationship with the earth as conscientious stewards and to re-affirm our commitment to one another in our shared humanity.