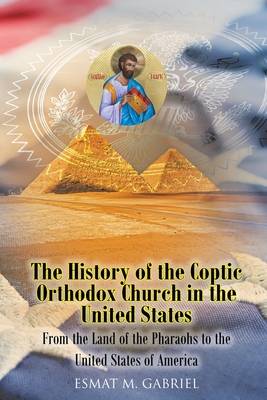 "And He said to them, 'Go into all the world and preach the gospel to every creature.'"

In the middle of the first century, God sent St. Mark the Evangelist to proclaim the Good News and teach the Egyptians about the true God. He became the first pope and patriarch of the See of St. Mark and the founder of the Coptic Orthodox Church. For centuries, the Coptic Church remained mostly within the boundaries of Egypt, and the majority of Copts, including the clergy, were against the idea of immigration. But there were exceptions: Pope Cyril VI, the late Bishop Samuel, and the blessed Fr. Mikhail Ibrahim supported and encouraged immigration. And in the middle of the twentieth century, the Coptic diaspora slowly began.

Within the last five decades, St. Mark continued to carry the Good News through his disciples to the United States and around the world. The History of the Coptic Orthodox Church in the United States tells the story of the earliest immigrants who left their beloved homeland to start a new life and establish the roots of the Coptic Orthodox Church in America. In rich detail, it pays lasting tribute to a remarkable cast of individuals, families, and servants, including: