Volkswagen in the Amazon: The Tragedy of Global Development in Modern Brazil (Global and International History) (Hardcover) 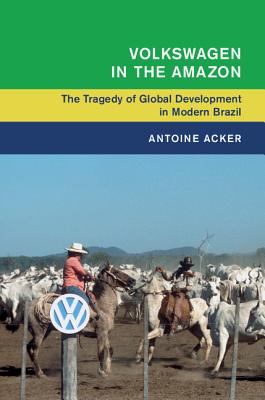 Volkswagen in the Amazon: The Tragedy of Global Development in Modern Brazil (Global and International History) (Hardcover)


This book has been declared out of stock indefinitely, so we are unlikely to be able to get it.
From 1973 to 1987, Volkswagen's (VW) 140,000 hectare 'pioneer' cattle ranch on the Amazon frontier laid bare the limits of capitalist development. These limits were not only economic, with the core management of a multinational company engaged in the 'integration' of an extreme world periphery, but they were also legal and ethical, with the involvement of indentured labor and massive forest burning. Its physical limits were exposed by an unpredictable ecosystem refusing to submit to VW's technological arsenal. Antoine Acker reveals how the VW ranch, a major project supported by the Brazilian military dictatorship, was planned, negotiated, and eventually undone by the intervention of internationally connected actors and events.