Growth and Inequality: The Contrasting Trajectories of India and Brazil (Hardcover) 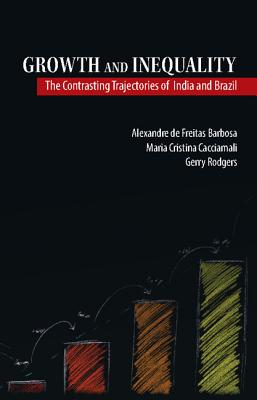 Growth and Inequality: The Contrasting Trajectories of India and Brazil (Hardcover)


This book has been declared out of stock indefinitely, so we are unlikely to be able to get it.
Inequality is a global concern, for its social and human consequences, and its impact on the pace and pattern of economic growth. In India and Brazil, this issue has received increasing attention in recent years. In Brazil, inequality grew until the 1980s, when it reached extreme levels, but has since been declining, especially during the first decade of the twenty-first century. In India, inequality showed little change up to the 1980s, but has since been rising. These differences result from a variety of economic, social and political factors, which are examined in depth in this comparative study. The book examines inequality in overall distributions of income and expenditure, and disparities across gender, region, caste, race, and access to education. It compares the experience of the two countries, and draws conclusions on the types of policy frameworks and institutions that might lead to a more equitable pattern of growth.