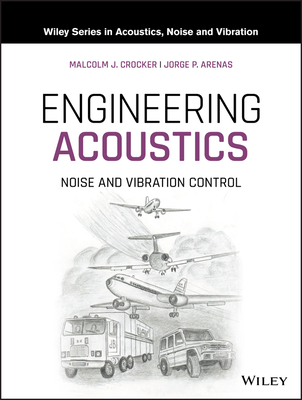 Malcolm J. Crocker obtained his Bachelors degree in Aeronautical Engineering and Masters degree in Noise and Vibration Studies from Southampton University and his PhD in Acoustics from Liverpool University. He worked at Supermarine and Vickers Armstrong Aircraft, UK, and at Wyle Labs, Huntsville, USA on the Lunar Saturn V launch noise. He has held full professor positions at Purdue, Sydney, and Auburn. At Auburn he served as Mechanical Engineering Department Head and Distinguished University Professor. He has published over 300 papers in refereed journals and conference proceedings and written eight books including the award-winning Encyclopedia of Acoustics, Handbook of Acoustics, and Handbook of Noise and Vibration Control for Wiley. Crocker served as one of the four founding directors of I-INCE and one of the four founding directors of IIAV. He was general chair of INTER-NOISE 72. He served for 40 years as Editor-in-Chief of the Noise Control Engineering Journal and the International Journal of Acoustics and Vibration. He has numerous awards including three honorary doctorates in Russia and Romania and is fellow and/or distinguished fellow of ASA, IIAV and ASME. He received the 2017 ASME Per Bruel Gold Medal for contributions to noise control and acoustics. Jorge P. Arenas, Professor and former director of the Institute of Acoustics, University Austral of Chile, and Fellow of the International Institute of Acoustics and Vibration (IIAV). He received a degree in Acoustical Engineering in 1988 and his MSc in Physics in 1996 both from Univ. Austral, Chile. In 2001, he obtained a PhD in Mechanical Engineering from Auburn University in the USA. He also gained professional experience at the Institute of Acoustics in Madrid, Spain, and at the University of Southampton in the UK. He has served as the President of the IIAV (2016-2018) and he is currently the Editor-in-Chief of the International Journal of Acoustics and Vibration and a member of the editorial board of the journals Shock and Vibration and Applied Acoustics.