Anne Frank: Her life in words and pictures from the archives of The Anne Frank House (Paperback) 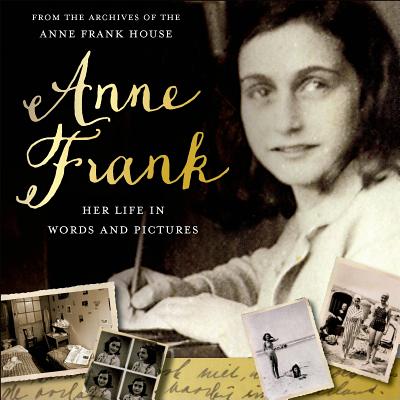 Anne Frank: Her life in words and pictures from the archives of The Anne Frank House (Paperback)

On a summer day in 1942, Anne Frank and her family went into hiding from the Nazis. Until the day they arrested her more than two years later, she kept a diary. Anne Frank is the indispensible visual guide to her tragic but inspiring story. Produced in association with the Anne Frank House and filled with never-before-published snapshots, school pictures, and photos of the diary and the Secret Annex, this elegantly designed album is both a stand-alone introduction to Anne's life and a photographic companion to a classic of Holocaust literature.

RUUD VAN DER ROL worked at the Anne Frank House in Amsterdam for many years. He has written and edited books and educational materials dealing with Anne Frank and her family, her work and her lifetime, as well as the Holocaust, human rights, prejudice, and discrimination. Mr. van der Rol lives in Castricum.

“* Readers will be enthralled by the intimate details and by the ongoing mystery of who betrayed the family, and they will want to talk about the heartbreaking quote from Otto Frank, who, after reading the diary, realized that he never knew his daughter.” —Booklist, starred review

“Even for those collections where Anne Frank is well represented, this is a moving and valuable book that creates a memorable introduction to both Anne's diary and her short, yet meaningful life.” —School Library Journal, starred review

“A treasure to hold and to read, created with great care and mission.” —Kirkus Reviews, starred review