The Lady in the Van and Other Stories (Paperback) 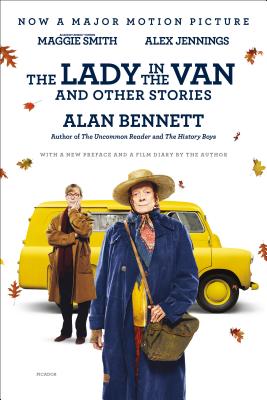 The Lady in the Van and Other Stories (Paperback)

Alan Bennett has long been one of the world's most revered humorists. From his acclaimed story collection Smut to his hilarious and sharply observed The Uncommon Reader, Bennett has consistently remained one of literature's most acute observers of Britain and life's many absurdities.

In this new collection, drawn from his wide-ranging career, you'll read some of Bennett's finest work, including the title story, the basis for a new feature film starring Maggie Smith. The book also includes the rollicking comic masterpiece "The Laying on of Hands" and the bittersweet "Father! Father! Burning Bright," Bennett's classic tale of the tense relationship between a man and his dying father.

Alan Bennett has been one of England's leading dramatists since the success of Beyond the Fringe in the 1960s. His work includes the Talking Heads television series, and the stage plays Forty Years On, The Lady in the Van, A Question of Attribution, and The Madness of King George III. His recent play, The History Boys (now a major motion picture), won six Tony Awards, including best play, in 2006. In the same year his memoir, Untold Stories, was a number-one bestseller in the United Kingdom.

“Bennett's genius is for the imploding situation in which a cleverly made house of cards shudders and comes down; the comments of his characters as they nimbly pick their way around the wreckage verge on aphorism.” —The New Yorker

“In the hands of Alan Bennett, the tragic and painful are close bedfellows with the funny and the sexual, making for a collection of stories in which we laugh at the situations presented and then feel a twinge of guilt.” —Los Angeles Times