The Islamic Jesus: How the King of the Jews Became a Prophet of the Muslims (Paperback) 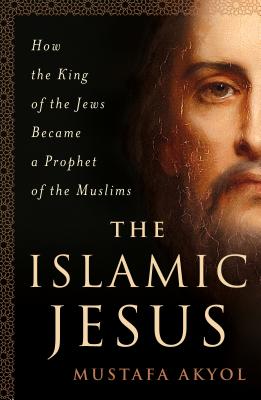 The Islamic Jesus: How the King of the Jews Became a Prophet of the Muslims (Paperback)

“A welcome expansion of the fragile territory known as common ground.” —The New York Times

When Reza Aslan’s bestseller Zealot came out in 2013, there was criticism that he hadn’t addressed his Muslim faith while writing the origin story of Christianity. In fact, Ross Douthat of The New York Times wrote that “if Aslan had actually written in defense of the Islamic view of Jesus, that would have been something provocative and new.”

Mustafa Akyol’s The Islamic Jesus is that book.

The Islamic Jesus reveals startling new truths about Islam in the context of the first Muslims and the early origins of Christianity. Muslims and the first Christians—the Jewish followers of Jesus—saw Jesus as not divine but rather as a prophet and human Messiah and that salvation comes from faith and good works, not merely as faith, as Christians would later emphasize. What Akyol seeks to reveal are how these core beliefs of Jewish Christianity, which got lost in history as a heresy, emerged in a new religion born in 7th Arabia: Islam.

Akyol exposes this extraordinary historical connection between Judaism, Jewish Christianity and Islam—a major mystery unexplored by academia. From Jesus’ Jewish followers to the Nazarenes and Ebionites to the Qu’ran’s stories of Mary and Jesus, The Islamic Jesus will reveal links between religions that seem so contrary today. It will also call on Muslims to discover their own Jesus, at a time when they are troubled by their own Pharisees and Zealots.

MUSTAFA AKYOL is a regular contributing opinion writer for The New York Times since 2013, covering matters of Islam in the modern world. His earlier books, Islam without Extremes (2011) and The Islamic Jesus (2017), have been reviewed and praised by The New York Times, The Wall Street Journal, Financial Times, and the Economist. Islam without Extremes was long-listed for the 2012 Lionel Gelber Prize literary prize, while being banned in Malaysia for challenging the “religion police.”

"Akyol finds striking convergences between what we know of some Jewish Christians and the teachings of Islam...[Akyol] has laid the ground for some rich, respectful conversations between Christians, Muslims and Jews." —The Economist

“A welcome expansion of the fragile territory known as common ground.” —The New York Times

“Aykol has produced an exceptionally compelling work that promotes religious tolerance and understanding. Recommended for religious scholars and anyone with an interest in religion.” —Library Journal

"An intriguing exploration of the Muslim understanding of Jesus. … A fascinating bridge text between Islam and Christianity.” —Kirkus Reviews

"In a conversational style and with studious acumen, Akyol shows scintillating connections between “Jewish followers of Jesus and Arab followers of Muhammad” and how Jewish Christianity possibly shaped the Qur’an’s view of Isa—the Arabic name of Jesus...a solid read for those interested in the history of theology and religions." —Publisher's Weekly (starred review)

"This work helps Westerners, especially Christians, to gain more insight into the Islamic understanding of Jesus - upon whom be peace- and also into why, while he is so highly venerated in Islam, he is not divinized as he is in Christianity but remains a prophet." —Seyyed Hossein Nasr, Professor of Islamic Studies, The George Washington University

"Anyone interested in the deeper relationship between Judaism, Christianity, and Islam will learn much from Mustafa Akyol’s thoughtful, clearly written, and well researched analysis of how Jewish beliefs and practiced carried over into Christianity, Christian themes were preserved by some Jewish groups, and both, but especially Christianity, were received in Islam. Drawing upon accepted Christian Scriptures as well as lesser known apocryphal writings and related sources, Akyol makes a compelling case for recognizing more common ground among the three faiths than has been heretofore acknowledged. His compelling book is a must read for friends and foes of the Children of Abraham theme." —Charles Butterworth, Emeritus Professor, Department of Government & Politics, University of Maryland

"In this highly readable and provocative book, Mustafa Akyol establishes the unique role played by Jesus within the Islamic tradition. Most importantly, Akyol turns radical revisionist arguments on their head to make the compelling case that Jesus’ life when properly understood confirms the Islamic belief that there is no inherent contradiction between the Biblical and Qur’anic worldviews. From this vantage point, Jesus does not divide the Abrahamic religions but reconciles them, a message much needed in our divisive times." —Asma Afsaruddin, Professor of Islamic Studies, Indiana University

"Whether one agrees or disagrees with the historical nuances Akyol presents, one can certainly applaud his significant effort to call people of the respective faith traditions away from the 'us-versus-them' mentality to not only exploring common ground but a respectful exploration of how each of us fit into the larger story of God’s interaction throughout human history. His focus on the message of the Christ rather than on the nature of the Christ, is a helpful focus towards interaction which can benefit all. Further, his cultivation of a space of Abrahamic soil – the 'Abrahamic archetype' – upon which we can come together and benefit in a mutual sharing of faith, points a direction worth pursuing... The Islamic Jesus is a read worth the consideration of those from both the Biblically based faith tradition and the Qur'anic based faith tradition who are serious about their faith and their relations with people of other faiths." —Jerald Whitehouse, former director of the Global Center for Adventist Muslim Relations of the General Conference of Seventh-day Adventists

"The Islamic Jesus is a learned and thought-provoking exploration of the figure of Jesus in Islam. Mustafa Akyol develops a measured and distinctive argument of how the Islamic understanding of Jesus is connected to Judaism and Christianity. At the same time he challenges readers to consider how earlier religious controversies, and the figure of Jesus himself, might offer guidance for Islam today." —Gabriel Said Reynolds, Professor of Islamic Studies and Theology, University of Notre Dame

"Mustafa Akyol is the kind of public intellectual our fractured world needs. He is anchored in a specific tradition but also capable of engaging others with nuance, humility, and good will. In this timely and important book, Akyol provides an insightful account of an Islamic Jesus and a wonderful resource for anyone interested in Abrahamic dialogue." —John Barton, PhD, Director of the Center for Faith and Learning, Pepperdine University

"Interfaith dialogue is undoubtedly an admirable way of advancing tolerance and understanding. But removing one’s 'military boots' and stepping into the proverbial shoes of another religious conviction in order to ask 'what can Jesus teach Muslims today?' is the preferred way of this book, which I applaud unequivocally. Akyol’s proposition to discern the Islamic Jesus through the early apocryphal literature uncannily echoes the Orthodox Church’s priority to illuminate the Gospel Jesus through the eastern liturgical tradition." —Rev. Dr. John Chryssavgis, Archdeacon of the Ecumenical Patriarchate and author of Bartholomew: Apostle and Visionary

"The Islamic Jesus is about so much more than Islam or Jesus. It’s about the very bridge that connects Jews and Christians with the followers of Mohammad. Regardless of whether he’s a Jewish radical or a Christian Messiah, Jesus is also one of the most beloved prophets in Islam. In this book, Mustafa Akyol expertly distills the Jesus persona and the role it plays in all three religions. This is a profound contribution in proving that Judaism and Christianity are not adversaries to Muslims, but rather intrinsic parts of the entire Islamic belief system." —Reza Aslan, author of No god but God and Zealot