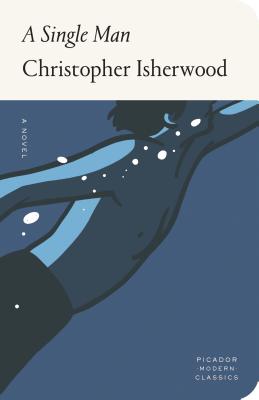 Beautifully repackaged as part of the Picador Modern Classics series, this special edition is small enough to fit in your pocket and bold enough to stand out on your bookshelf.

Welcome to sunny suburban 1960s Southern California. George is a gay middle-aged English professor, adjusting to solitude after the tragic death of his young partner. He is determined to persist in the routines of his former life. A Single Man follows him over the course of an ordinary twenty-four hours. Behind his British reserve, tides of grief, rage, and loneliness surge—but what is revealed is a man who loves being alive despite all the everyday injustices.

When Christopher Isherwood's A Single Man first appeared, it shocked many with its frank, sympathetic, and moving portrayal of a gay man in maturity. Isherwood's favorite of his own novels, it now stands as a classic lyric meditation on life as an outsider.

Christopher Isherwood (1904-1986) was born outside of Manchester, England. His life in Berlin from 1929 to 1933 inspired The Berlin Stories, which were adapted into a play, a film, and the musical Cabaret. Isherwood immigrated to the United States in 1939. A major figure in twentieth-century fiction and the gay rights movement, he wrote more than twenty books, including the novel A Single Man and his autobiography, Christopher and His Kind.

“Isherwood's A Single Man, published in 1964, is one of the first and best novels of the modern gay liberation movement.” —Edmund White

“A testimony to Isherwood's undiminished brilliance as a novelist.” —Anthony Burgess