Avengers Assemble: The Making of the Marvel Cinematic Universe (Hardcover) 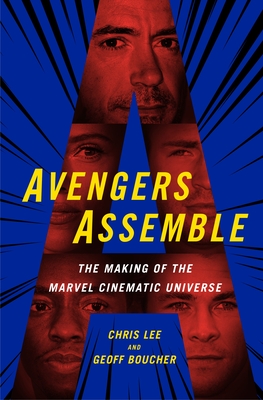 Avengers Assemble: The Making of the Marvel Cinematic Universe (Hardcover)

Avengers Assemble chronicles the rise and continuing rise of what is arguably the greatest filmic success story of the past half century: the Marvel Cinematic universe. Since 2008, the interlocking series of 23 superhero movies have combined to gross over 22.5 billion dollars worldwide.

This is the first and only comprehensive narrative of how the MCU came to be, assembled by two veteran pop culture experts, journalists Chris Lee and Geoff Boucher. Avengers Assemble features inside access to the major players within the MCU from Jon Favreau, Robert Downey, Jr., Kevin Feige, Isaac Permutter, and David Maisel, one of the founding architects who frequently does not get much credit, and many, many others. The book kicks off with the very founding of the Marvel Studios and takes readers behind the scenes of how the real Marvel Universe came to be formed and how they have continued to have remarkable success.

Marvel fans and cinema fans alike will find much to obsess over in this explosive inside look at the making of a mega franchise.

Chris Lee is a native Angelino and graduate of Columbia University's School of Journalism. He is currently on staff as Movies Reporter at New York Magazine and its culture website Vulture. He has been reporting on Marvel movies for the duration of the MCU's existence.

Geoff Boucher is a journalist, podcaster, and author. He has written for the LA Times, Deadline, and EW to name a few on all things pop culture. He also hosts a popular podcast called Mindspace.