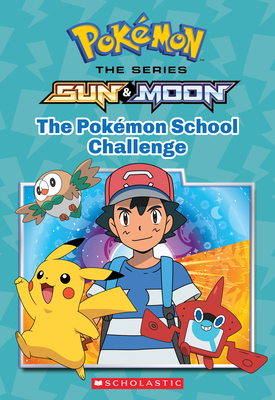 This is book number 1 in the Pokémon series.

Catch the new Alola Pokemon! This is the first illustrated chapter book featuring classic characters from the latest Nintendo game release, Pokemon Sun & Moon.Ash, Pikachu and their friends are on a new quest through the Alola region. This action-packed adventure will see the beloved Trainer and his team take on foes new and old with some cool new Pokémon by his side. This illustrated chapter book is based on a thrilling three-part Pokemon Sun & Moon episode that can be seen on Disney XD.
Jeanette Lane grew up in the Midwest, climbing trees and riding horses. In college, she spent a semester in Japan long before Pokémon were on her radar. These days, she lives in Brooklyn, New York, within several blocks of a few Pokémon gyms and Prospect Park, which has full herds of Eevee rambling in the meadow.