Anarchy: The Hunger Games for a new generation (Paperback) 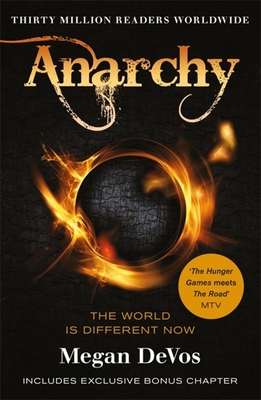 Anarchy: The Hunger Games for a new generation (Paperback)

The world is different now.

There are no rules, no governments, and no guarantees that you'll be saved.

Rival factions have taken over, fighting each other for survival with no loyalty to anyone but their own. At 21, Hayden has taken over Blackwing and is one of the youngest leaders in the area. In protecting his camp from starvation, raids from other factions and the threat of being kidnapped, he has enough to worry about before he finds Grace.

The daughter of the head of the rival camp Greystone, she is slow to trust anyone, much less the leader of those she has been trained to kill.

This is danger. This is chaos. This is anarchy.

Megan DeVos grew up in Sioux Falls, South Dakota where she currently resides. She graduated from university with a bachelor's degree in nursing, and have been working as a surgical nurse for the last two and a half years. She has always loved writing, and finally dedicated herself to it during university, where she wrote her first published novel, Anarchy. Connecting with readers worldwide has been the greatest outcome of writing, and is something she will continue to pursue during the rest of her career as a writer.
The Hunger Games meets The Road.—MTV

Anarchy is the fast-paced, addictive read we've been searching for since The Hunger Games.—Kelly Anne Blount