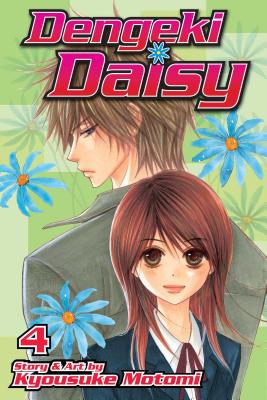 This is book number 4 in the Dengeki Daisy series.

Discovering DAISY's true identity not only shocks Teru but makes things more confusing for her as well. Meanwhile, someone pretending to be DAISY threatens to spread a computer virus at school! But who's the true target of this attack?
Born on August 1, Kyousuke Motomi debuted in Deluxe Betsucomi with Hetakuso Kyupiddo (No Good Cupid) in 2002. She is the creator of Dengeki Daisy, Beast Master, and QQ Sweeper, all available in North America from VIZ Media. Motomi enjoys sleeping, tea ceremonies and reading Haruki Murakami.