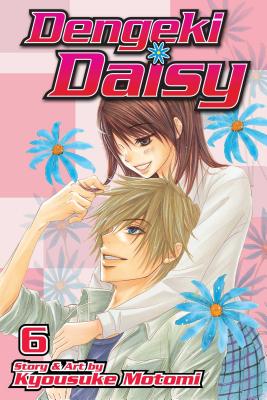 This is book number 6 in the Dengeki Daisy series.

Teru and Kurosaki continue to investigate the fake DAISY incident and are on the verge of solving the case when Teru gets kidnapped! What does the kidnapper want with her, and will Kurosaki be able to rescue her in time?!
Born on August 1, Kyousuke Motomi debuted in Deluxe Betsucomi with Hetakuso Kyupiddo (No Good Cupid) in 2002. She is the creator of Dengeki Daisy, Beast Master, and QQ Sweeper, all available in North America from VIZ Media. Motomi enjoys sleeping, tea ceremonies and reading Haruki Murakami.