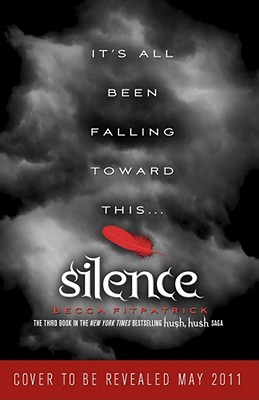 
We can usually get this book in 3 to 7 days, except during a pandemic. We are doing our best
Soon to be a major motion picture!

Nora Grey can’t remember anything from the past five life-changing months. After the initial shock of waking up in a cemetery and being told that she has been inexplicably missing for weeks, she tries to get her life back on track. So she goes to school, hangs with her best friend, Vee, and dodges her mom’s creepy new boyfriend.

But there is this voice in the back of her head, an idea that she can almost reach out and touch. Visions of angel wings and unearthly creatures that have nothing to do with the life she knows. And an unshakable feeling that a part of her is missing.

Then Nora crosses paths with a sexy stranger, with whom she feels a mesmerizing connection. He seems to hold all the answers…and her heart. Every minute she spends with him feels more and more intense until she realizes she could be falling in love.

Again.
Becca Fitzpatrick is the author of Black Ice, Dangerous Lies, and the Hush, Hush saga, including Hush, Hush; Crescendo; Silence; and Finale—all four of which debuted as New York Times bestsellers. She graduated college with a degree in health, which she promptly abandoned for storytelling. When not writing, she’s most likely running, prowling sales racks for shoes, or watching crime dramas on TV. She lives in Colorado with her family. Find out more at BeccaFitzpatrick.com.