John of Gaunt: Son of One King, Father of Another (Hardcover) 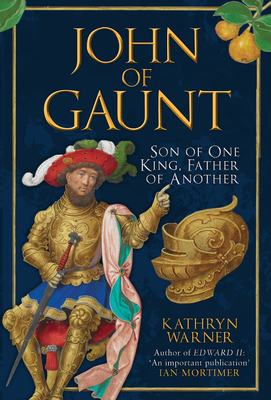 John of Gaunt: Son of One King, Father of Another (Hardcover)


Coming Soon - Available for Pre-Order Now
The first biography to tell the personal story of the wealthiest, most powerful, and most hated man in medieval England.

"Old John of Gaunt, time-honour’d Lancaster" John of Gaunt (1340-1399) was the son of one king and the father of another. He claimed a Spanish kingdom via his wife, daughter of King Pedro the Cruel. He was the wealthiest, most powerful, and most hated man in England for decades. He had a famous and enduring love affair with his mistress Katherine Swynford, whom he later married. He was sometimes the ally and sometimes the enemy of his capricious nephew Richard II. His descendants battled for control of the kingdom during the Wars of the Roses. Via his three marriages, he was the ancestor of numerous royal and noble families across Europe. John of Gaunt is the first biography of this most intriguing of men to appear for decades, and the first to tell his personal story.
Kathryn Warner holds two degrees in medieval history from the University of Manchester. She is considered a foremost expert on Edward II and an article from her on the subject was published in the English Historical Review. She has run a website about him since 2005 and a Facebook page about him since 2010 and has carved out a strong online presence as an expert on Edward II and the fourteenth century in general. Kathryn teaches Business English as a foreign language and lives between Dusseldorf and Cumbria.