The Complete Calvin and Hobbes (Paperback) 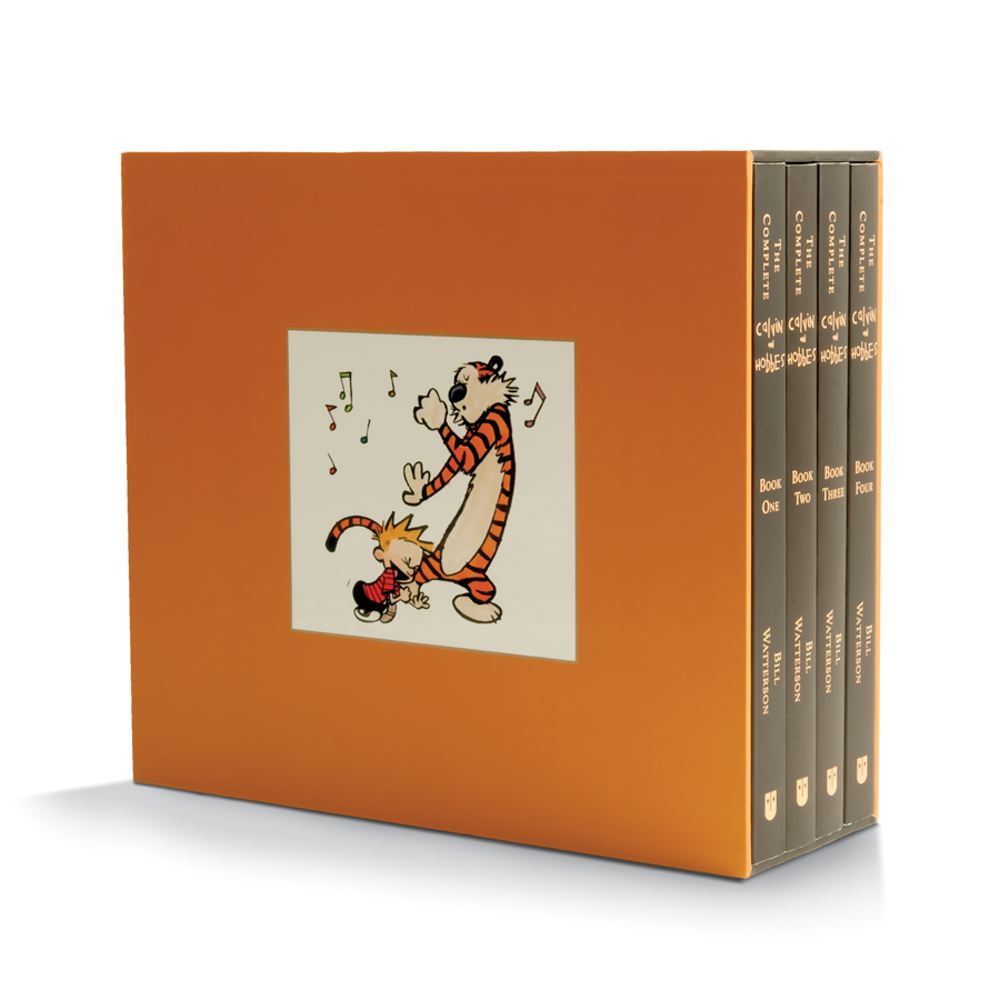 The Complete Calvin and Hobbes (Paperback)

Join Calvin and Hobbes on all their adventures in this four-volume collection of every comic strip from the comic strip’s eleven year history (1985 to1996).

Bill Watterson is the creator of Calvin and Hobbes, one of the most popular and well-regarded cartoon strips of the twentieth century. Calvin and Hobbes appeared in newspapers from November 1985 until Watterson's retirement in 1995.

gocomics.com/calvinandhobbes/
"At some level, all American childhoods are the same, which probably explains our lasting love affair with Calvin and Hobbes." (Timothy R. Smith, The Washington Post)

"Bill Watterson's 'Calvin and Hobbes,' easily one of the most beloved comic strips of all time..." (Bryan Hood, New York Post)

"A student of comics, Watterson drew from an eclectic set of influences...The result was a strip that was vibrant, accessible, and beautiful." (Jake Rossen, Mental Floss)