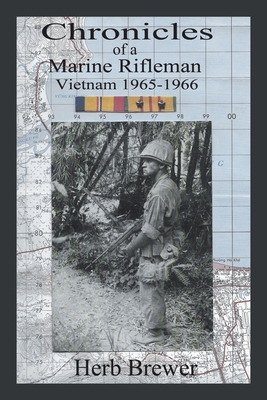 
We can usually get this book in 3 to 7 days, except during a pandemic. We are doing our best
(This book cannot be returned, even for store credit.)
This is a captivating account of a Marine Rifle Squad as it prepared for deployment to Vietnam, and establishing the enclave south of Da Nang, Vietnam. Mentored by Korean Veterans, the Marine Riflemen become veterans tested in the rice paddies at Da Nang, Phu Bai, and the highlands of Khe Sanh. They walked from Khe Sanh to Dong Ha, Vietnam, one of the first units to do so since the fall of the French at Dien Bien Phu, 1954. They become Marine Riflemen ready to pick up their rifle and accomplish their mission under any physical conditions.
As a veteran of the Vietnam War, Herb Brewer retired as a first sergeant in August 1988, after completing four tours in Okinawa. He graduated from numerous schools in the Marine Corps including the U.S. Army's Sergeant Major Academy. After retirement, he earned a bachelor of arts in history, and an associates of arts in business management. As a correctional officer and case manager, Herb retired from the Oklahoma Department of Corrections in June 2002. He now spends his time fishing and enjoying the wonders of Mother Nature. He currently resides in Pauls Valley, Oklahoma.