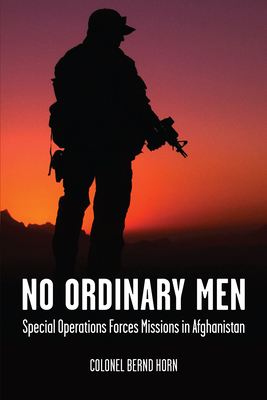 
This book has been declared out of stock indefinitely, so we are unlikely to be able to get it.
The first in-depth book that sheds light on Canada's elite warriors who operate in the shadows.

In 2001, the Canadian government sent elements of its Joint Task Force 2 counterterrorist unit to Afghanistan to assist the Americans with Operation Enduring Freedom and the global war on terror. Withdrawn a year later, after a brief hiatus JTF 2 returned to Afghanistan in 2005, beginning a continuous tour of duty for Canadian Special Operation Forces (CANSOF) up to the cessation of Canadian combat operations in 2011. This book reveals six untold special operations that CANSOF personnel undertook in their desperate struggle in the shadows to capture or kill Taliban leaders, facilitators, and bomb-makers, as well as efforts to mentor Afghan National Security Forces from 2005 to 2011. The missions highlight that the nation's SOF were no ordinary men.
Colonel Bernd Horn is a retired Regular Force infantry officer and military educator. Dr. Horn has authored, co-authored, or edited more than forty books, including No Easy Task: Fighting in Afghanistan and No Lack of Courage: Operation Medusa, Afghanistan. He lives in Kingston, Ontario.