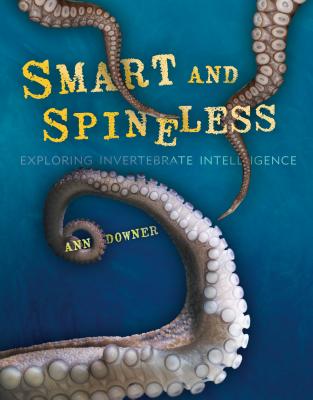 When you think of smart animals, what comes to mind? Wise old owls? Problem-solving dolphins? Maybe you have heard of Koko the gorilla, who has mastered one thousand signs in American Sign Language, or Chaser the border collie, who recognizes one thousand names for her stuffed toys.

But what about ants building megacolonies or bees reporting to the hive about new nesting sites? What about escape artist octopuses and jellyfish that use their eyes (they have twenty-four ) to navigate? Are insects, spiders, and other animals without backbones considered smart, too?

Scientists around the world are putting invertebrate intelligence to use in mind-boggling ways. Engineers are designing swarmbots based on bees to take part in search-and-rescue efforts. And materials scientists are basing a new, tough ceramic on the structure of a mantis shrimp's claw. In Smart and Spineless, readers will be challenged to think in a whole new way about what it means to be smart