Bystanders to the Vietnam War: The Role of the United States Senate, 1950-1965 (Paperback) 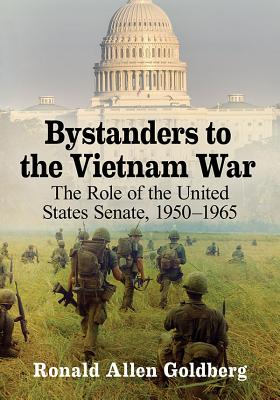 Bystanders to the Vietnam War: The Role of the United States Senate, 1950-1965 (Paperback)


This book has been declared out of stock indefinitely, so we are unlikely to be able to get it.
Who was most responsible for the Vietnam War? Did President Lyndon Johnson simply continue the policies of his predecessors, Eisenhower and Kennedy, or was he the principal architect? What responsibility did Congress share? Was the Senate a coequal partner in creating the Vietnam policy or a secondary player? Focusing on the U.S. Senate's role in the war, this history records the various senators' views in their own words. The author demonstrates that during the 20-year conflict--as throughout American history--the president was the principal formulator of policy on war and peace, including during the more recent conflicts in Iraq and Afghanistan.
Ronald Allen Goldberg was a long time professor of U.S. history and former chairman of the history department at Thomas Nelson Community College in Hampton, Virginia.