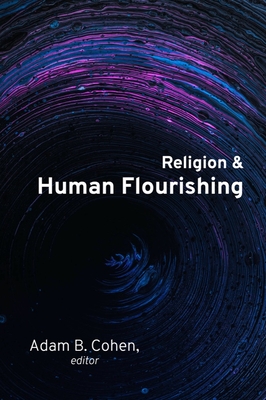 When talking about the relationship between religion and flourishing, the first task is to frame the question theologically and philosophically, and this entails taking seriously the potential challenges latent in the issue. These challenges include--beyond the contested definitions of both religion and flourishing--the claims of some faith traditions that true adherence to that tradition's goals and intrinsic goods can be incompatible with self-interest, and also the fact that religious definitions of health and wholeness tend to be less concrete than secular definitions. Despite the difficulties, research that considers uniquely religious aspects of human flourishing is essential, as scholars pursue even greater methodological rigor in future investigations of causal connections.

Religion and Human Flourishing brings together scholars of various specializations to consider how theological and philosophical perspectives might shape such future research, and how such research might benefit religious communities. The first section of the book takes up the foundational theological and philosophical questions. The next section turns to the empirical dimension and encompasses perspectives ranging from anthropology to psychology. The third and final section of the book follows in the empirical mold by moving to more sociological and economic levels of analysis. The concluding reflection offers a survey of what the social scientific research reveals about both the positive and negative effects of religion.

Scholars and laypeople alike are interested in religion, and many more still are interested in how to lead a meaningful life--how to flourish. The collaborative undertaking represented by Religion and Human Flourishing will further attest to the perennial importance of the questions of religious belief and the pursuit of the good life, and will become a standard for further exploration of such questions.

Adam B. Cohen is Professor of Psychology at Arizona State University.