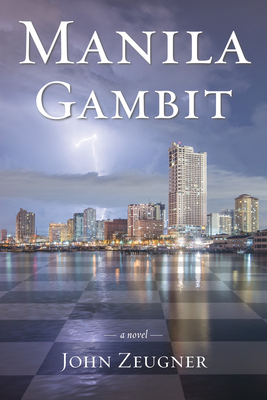 
We can usually get this book in 3 to 7 days, except during a pandemic. We are doing our best
Paul Snell, novice reporter, gets assigned a weekly column on chess, mostly because of his faux-filial attachment to the Hane Tribune's owner Waldo Turner. In return Snell promises to attend to, and probably marry, Waldo's fragile, unhinged niece Pamela Snow. The unlikely couple soon enough latch onto American chess prodigy, Mikey Spendip and his mother Vera, as they ascend the ladder of tournament chess. During the summer of 1980 at the Interzonal Finals in Manila, Philippines Spendip is persuaded to aid an uprising against dictator Ferdinand Marcos by deliberately losing a crucial match. But that gesture slips into a gory, comic fiasco. The novel is an ironic commentary on the nature of chess, chance, and love, in revolutionary circumstances.
John Zeugner's collected stories, Under Hiroshima, (2014), about teaching in Japan won the Serena McDonald Kennedy Prize for fiction. He has published a novel, Soldier for Christ, a collection of three short novels, Food for Jackals, (2014), and another collection of stories, Life-Arc Teaching Tales, (2015). He briefly played for the Harvard chess team, after the first three boards left the college for personal or academic reasons.