Logistics of the First Crusade: Acquiring Supplies Amid Chaos (Paperback) 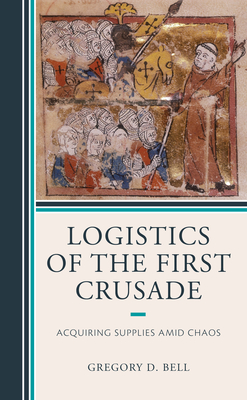 Logistics of the First Crusade: Acquiring Supplies Amid Chaos (Paperback)


We can usually get this book in 3 to 7 days, except during a pandemic. We are doing our best
(This book cannot be returned, even for store credit.)
In the late eleventh century, tens of thousands of people-knights and peasants, men and women, priests and lords-set out on a long and arduous journey to retake the holy city of Jerusalem. They traveled thousands of miles across difficult terrain and into hostile territory. How did they accomplish this remarkable task? How did they move through such an ever-changing and diverse landscape? Logistics of the First Crusade: Acquiring Supplies amid Chaos looks at the plans that they made and the methods they implemented to sustain themselves on this remarkable expedition in an attempt to understand how they persisted on the First Crusade. The crusaders sought to implement order as they traveled, moving with intent and adapting when confronted with hardship. In the end, they succeeded largely through their logistical perseverance.
Gregory D. Bell is assistant professor in the Department of History and director of the Medieval Studies Program at Winthrop University.