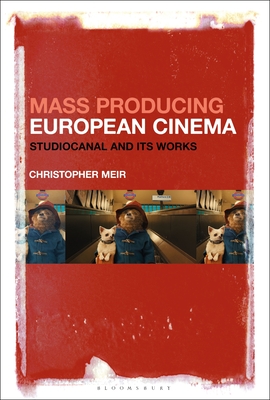 
We can usually get this book in 3 to 7 days, except during a pandemic. We are doing our best
Equal parts historical study, industrial analysis and critical survey of some of the most important films and television programs in recent European history, this book gives readers an overview of the development and output of this important company while also giving them a ringside seat for the latest round of the oldest battle in the film business. With films like Lucy, The Impossible and Paddington, European studios are producing hits that are unprecedented in terms of global success. Christopher Meir delves into Studiocanal, the foremost European company in the contemporary film and television industries, and chronicles its rise from a small production subsidiary of Canal Plus to being the most important global challenger to Hollywood's dominance.
Christopher Meir is a UC3M CONEX Fellow in the Department of Journalism and Audiovisual Communication at the University of Carlos III Madrid, Spain. He is the author of Scottish Cinema: Texts and Contexts (2014) and co-editor of Beyond the Bottom Line: The Producer in Film and Television Studies (2014). He has also published numerous articles and book chapters on industrial issues in Film and Television Studies.