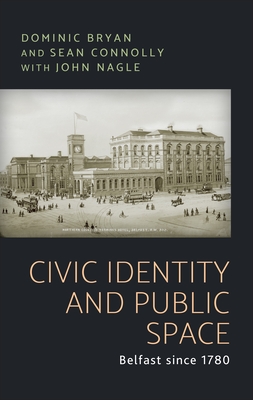 
We can usually get this book in 3 to 7 days, except during a pandemic. We are doing our best
Civic identity and public space, focussing on Belfast, and bringing together the work of a historian and two social scientists, offers a new perspective on the sometimes lethal conflicts over parades, flags and other issues that continue to disrupt political life in Northern Ireland. It examines the emergence during the nineteenth century of the concept of public space and the development of new strategies for its regulation, the establishment, the new conditions created by the emergence in 1920 of a Northern Ireland state, of a near monopoly of public space enjoyed by Protestants and unionists, and the break down of that monopoly in more recent decades. Today policy makers and politicians struggle to devise a strategy for the management of public space in a divided city, while endeavouring to promote a new sense of civic identity that will transcend long-standing sectarian and political divisions.
Dominic Bryan is Professor in Anthropology at Queen's University, Belfast S.J. Connolly is Emeritus Professor of Irish History at Queen's University, Belfast John Nagle is Professor of Sociology at Queen's University, Belfast