Dottie: By the winner of the Nobel Prize in Literature 2021 (Paperback) 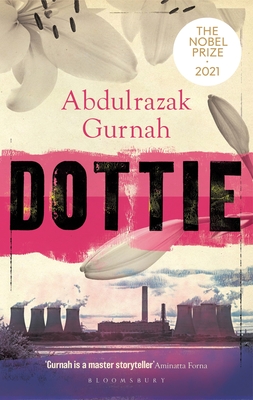 Dottie: By the winner of the Nobel Prize in Literature 2021 (Paperback)

By the winner of the 2021 Nobel Prize in Literature

A searing tale of a young woman re-discovering her troubled family history and finding herself in the process.

In post-World War II England, 17-year-old Dottie Badoura Fatma Balfour knows nothing of her family origins, and little of their history – or the abuse her ancestors suffered as they made their home in Britain. But Dottie knows what her family means to her, and in the wake of her mother's death, she's determined to keep the family together. She takes responsibility for her younger siblings, Sophie and Hudson.

But as Sophie drifts from man to man, and the confused Hudson is absorbed into a world of crime, Dottie is forced to consider her own needs. Feeling rootless in England, she seeks a space for herself and an identity through books and begins to clear a path through life. Gradually, Dottie gathers the confidence to take risks, to forge friendships and to challenge the labels that have been forced upon her.

For readers of Jhumpa Lahiri and Zadie Smith, Dottie is a deeply compassionate portrait of a second generation immigrant, a masterful examination of poverty and racism, and a psychologically nuanced story of family and survival.

“[Gurnah's] sentences are deceptively soft, but the cumulative force for me felt like a sledgehammer. He has written work that is absolutely unflinching and yet at the same time completely compassionate and full of heart for people of East Africa. He is writing stories that are often quiet stories of people who aren't heard, but there's an insistence there that we listen.” —Maaza Mengiste, author of THE SHADOW KING, shortlisted for the 2020 Booker Prize

“Gurnah writes with wonderful insight about family relationships and he folds in the layers of history with elegance and warmth.” —The Times

“[A] captivating storyteller, with a voice both lyrical and mordant, and an oeuvre haunted by memory and loss. His intricate novels of arrival and departure … reveal, with flashes of acerbic humour, the lingering ties that bind continents, and how competing versions of history collide.” —Guardian