Pilgrims Way: By the winner of the Nobel Prize in Literature 2021 (Paperback) 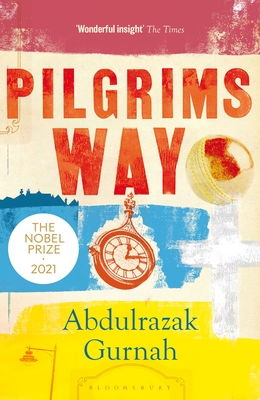 Pilgrims Way: By the winner of the Nobel Prize in Literature 2021 (Paperback)

A ”wonderful” (Maaza Mengiste) depiction of the life of an immigrant as he struggles to come to terms with the horror of his past and the meaning of his life in England.

Daud has immigrated to England in the wake of political turmoil in his native Tanzania. For years, he has tried to hide his past. But when he meets Catherine, he is determined to recount for her the stories of his tragic upbringing, his flight to England, and the racism in his new homeland.

Structured as a pilgrimage, one which leads Daud deep into the pain and beauty of the past and forward into a new understanding of his life in exile, Pilgrims Way is a captivating, lyrical story about identity, memory, and immigration.

“[Gurnah's] sentences are deceptively soft, but the cumulative force for me felt like a sledgehammer. He has written work that is absolutely unflinching and yet at the same time completely compassionate and full of heart for people of East Africa. He is writing stories that are often quiet stories of people who aren't heard, but there's an insistence there that we listen.” —Maaza Mengiste, author of THE SHADOW KING, shortlisted for the 2020 Booker Prize

“Gurnah writes with wonderful insight about family relationships and he folds in the layers of history with elegance and warmth.” —The Times

“[A] captivating storyteller, with a voice both lyrical and mordant, and an oeuvre haunted by memory and loss. His intricate novels of arrival and departure … reveal, with flashes of acerbic humour, the lingering ties that bind continents, and how competing versions of history collide.” —Guardian

“Gurnah etches with biting incisiveness the experiences of immigrants exposed to contempt, hostility or patronising indifference on their arrival in Britain.” —Spectator