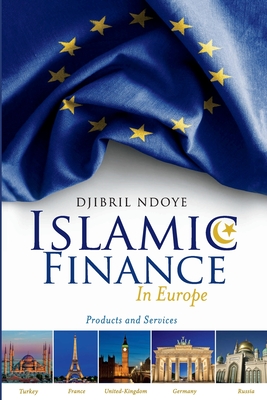 By Djibril Ndoye
$24.90
We can usually get this book in 3 to 5 days, except during a pandemic. We are doing our best
(This book cannot be returned, even for store credit.)

"We will adapt our legal environment so that the stability and innovation of our financial center can benefit Islamic finance." These words of Christine Lagarde, former French Minister of Economy reflect Islamic finance interest today in European countries. This type of finance could yield 100 million millions for France as indicated by the report of Jouini-Pastr (2008) entitled "Challenges and opportunities of the development of Islamic finance for the Paris financial centre: Ten proposals to collect 100 million millions". Reading the title of this report, one can quickly grasp the extent of the economic challenge that Islamic finance represents for the countries of the European Union. What is certainly a pity is that it took a financial crisis for Islamic finance to be propelled to the forefront of the European economic scene when we have had almost over a century of Muslim presence in Europe. It is thus fair to ask the question whether this legal and fiscal adaptation to accommodate Islamic finance is actually made to serve the European population of Muslim faith, who today represent 5% of the population of the European Union and who aspire financial products more in line with their religious beliefs. Demographers even predict that in 2050, 20% of the population of Europe will be Muslim. Is it not Europe's duty to adapt its financial system so that all its citizens can exchange while respecting their values? The reality is different today. Indeed, the economies of the developed countries (including the European countries), especially in the context of the global financial crisis, have more than ever a need for financing if they want to maintain a certain level of growth in their countries, preserve jobs in their businesses and continue to invest in the infrastructure of tomorrow. This is the reason why many world capitals undertook, very early, to adapt their legislation to attract this financial windfall. In Germany, the United Kingdom and even more so in France, with more than 6 million Muslims, there is a demand for Islamic financial products, both for the financing of private real estate investments and for investments in accordance with the precepts of the Koran. We could have been spared the subprime crisis as well as the sovereign debt crisis in Europe and the exacerbated volatility of the financial markets, of commodities and of foodstuffs would have been significantly reduced if Western countries had been inspired somewhat by the spirit of Islamic finance. On the supply side, some factors are favorable, but others are still holding back its growth. In 2018, Islamic finance was estimated at nearly US $ 2400 million millions in assets and its growth in the next five years was reported to be twice as fast as that of conventional finance.Also, only 50% of the potential market of the Islamic financial industry is currently (2019) exploited (an estimated potential of US $ 4,000 million millions). The first part of this book is a reminder of the different stakes of Islamic finance for European states in a global post-financial crisis context. A second part will try following a chronological study to draw up an inventory of Islamic finance in Europe through the study of different leading countries on the subject: the case of United Kingdom, the case of Turkey, the case of Germany and the case of France, without forgetting other European Union countries. Finally, the third part will focus on the supply of products and services in a market whose growth potential is still very untapped considering current innovation wave in the field of islamic finance fintech, blockchain and cryptocurrencies.