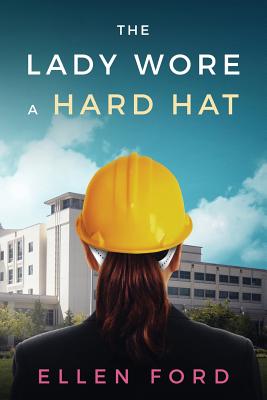 At forty-five, Ellen Ford was unemployed and looking for a career change when an architectural drawing course started her down a path she'd never considered.

Based on her success in the course and interest in the subject area, a college advisor recommended she enter the school's construction management program. The idea was intimidating. To succeed, Ellen would have to overcome deep-seated test anxiety while studying a discipline where women were, at best, a minority.

But Ellen would thrive in the world of construction management-even though in the months after graduating, jobs always seemed one interview away despite her honors performance in college. The mid-1980s were difficult for women in construction. Ellen persisted, however, eventually landing a position as a project manager for one of the nation's leading construction management teams. This lady wore a hard hat-and she wore it well.

An inspirational and instructional treatise on one woman's personal transformation offering professional recommendations for those in the field, The Lady Wore a Hard Hat: Building Medical Facilities is a fascinating window into the world of construction management that details the many challenges, issues, and rewards associated with overseeing the construction of major medical facilities.

When Ellen Ford graduated from college in 1959, teaching was one of the few career choices open to women. She taught for sixteen years, married, and had two children. Divorcing after eighteen years of marriage, Ford resigned her teaching position and entered a four-year construction management program at a Big Ten university. Ford took on her first project six weeks after graduation-but not for the company she wanted. Her work on a Florida hotel, however, attracted the attention of a major national company, which hired her to supervise the installation of $29 million in specialized medical equipment at a Midwest medical facility. Promoted to project manager, Ford went on to oversee two more $20 million medical-facility projects as well as other smaller projects. Injured on the job, Ford retired after sixteen years of service. She now studies art history at the Smithsonian, paints, and does charcoal drawing.