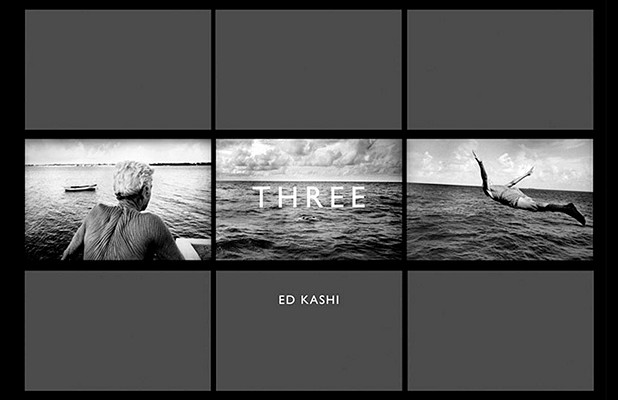 By Ed Kashi (Photographer), Kristin Reimer (Editor), Alison Nordstom (Text by)
$45.00
Special Order -- These books can be hard for us to get

In a world inundated by visual imagery, our ability to take in more than one image at a time has become innate. In fact, our attention span demands it. Three, a book of triptychs by acclaimed photographer Ed Kashi, plays on the visual appetite of a hectic world. These triptychs span eras and continents, challenging our notions of perspective and the individual image. Contained in a format dating back to Christian art in the Middle Ages, Kashi’s images examine current issues of social and political significance, bringing together the joy, sorrow, destruction, and reconstruction of a world in flux. These triptychs compel us to see the relationships between extreme ends of the human experience and to appreciate the strange beauty inherent in that experience.

The grouping of photographs in Three is deliberate and provocative, asking us to read not only the individual photographs but their cumulative stories. The triptychs defy the confines of any single frame by presenting them in a lyrical, dynamic context, exploring the intersecting points when decisive moments converge, and opening a dialogue between images. A celebration of the language of photography, Kashi’s work layers color, form, and content, while allowing time to pass in the course of three images and offering multiple screens to order the chaos that surrounds us.

Ed Kashi was born in New York City and received a degree in photojournalism from Syracuse University. Kashi's first major documentary project, a study of the Protestant community in Northern Ireland, garnered him an NEA grant. His book "When The Borders Bleed: The Struggle of the Kurds "(Pantheon, 1994) was the result of his cover story for "National Geographic." Kashi has received numerous awards, including the World Press and Pictures of the Year competitions. The author of "Aging in America: The Years Ahead and Curse of The Black Gold: 50 Years of Oil in the Niger Delta "(powerHouse Books, 2003 and 2008), Kashi has also published his work in "National Geographic," " The New York Times Magazine," "Time," " Fortune," " Geo," " Smithsonian," " Newsweek," " Natural History," " US News & World Report," " The Atlantic Monthly," " Audubon," " Granta," " Aperture," ""and" American Photo," among others. He lives in New Jersey.

Alison Nordstrom is the Curator of Photographs at George Eastman House International Museum of Photography and Film in Rochester, New York. Previously the Director and Senior Curator of the Southeast Museum of Photography in Daytona Beach, Florida, she has curated over 100 photographic exhibitions and is the author of several monographs as well as numerous articles in scholarly journals. She is particularly interested in contemporary art that mixes media and disciplines, and in projects that trace the histories of representation. Nordstrom holds a BA in English Literature, an MLS with museum emphasis, and a PhD in Cultural and Visual Studies.