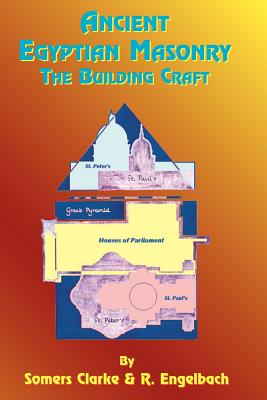 
We can usually get this book in 3 to 7 days, except during a pandemic. We are doing our best
Out of all the books on Egypt, this one reveals much of the highly detailed methods the Egyptians used in building their stone constructions.

We often marvel at the incredible structures they built, not knowing exactly how it was done. The Great Pyramid's construction still remains a mystery to many people as far as the lifting of the stones to such great heights is concerned. To this day interesting theories abound, but no absolute proof, or a recreation of the true methods used, have ever been demonstrated. The authors openly state that their explanation of the Great Pyramid's construction is not the final answer and that many mysteries still remain, yet do a fascinating job in detailing how the huge stones were dressed and laid out.

Even though the ancient Egyptians did not have high speed drills, they still had used drills that were adequate enough to do such absolutely perfect work -- as depicted in a 5th Dynasty temple in Abusir (found later in the book). Many mysteries are cleared up in this incredibly detailed book, which includes over 250 sketches and pictures that back up the author's claims.

Any serious researcher into ancient Egyptian structures should not be without this book. It seems at first glance that many of the incredible monuments of Egypt were built and raised almost by magic. The structures are absolutely awe-inspiring, but the authors strip away much of the "magic" to reveal how hard work, creative ingenuity, and an advanced knowledge of mathematics and physics account for some of the amazing architectural feats performed in early Egypt. At the same time, when a mystery still remains for the authors, they do not hesitate in admitting it.