Architectural Wonders: A Pop-Up Gallery of the World's Most Amazing Marvels (Hardcover) 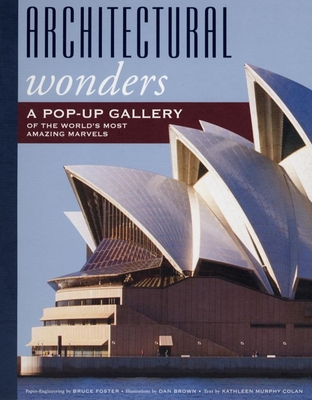 Architectural Wonders: A Pop-Up Gallery of the World's Most Amazing Marvels (Hardcover)


This book has been declared out of stock indefinitely, so we are unlikely to be able to get it.
What do an office building, a mausoleum, a church, an opera house, and a 19th century castle have in common? They're all architectural masterpieces that adorn the skylines throughout the world, acting as beacons for globally minded tourists. Architectural Wonders takes you on a tour of the world's greatest architecture and features some of the most important structures that have become cultural and political symbols. Incredible color photographs complement full-spread pop-ups of architectural wonders including the Taj Mahal, Notre Dame de Paris, Sydney Opera House, Neuschwanstein Castle, and the Empire State Building. Scale the Empire State Building, which stood as the world's tallest building for more than forty years, and is also considered one of the seven wonders of the modern world. Peer into the Taj Mahal, a mausoleum in India commissioned by Emperor Shah Jahan for his most cherished wife. A royal treat awaits you at Germany's Neuschwanstein Castle, the most photographed building in Germany, and one of Germany's most popular tourist attractions. Say "bon jour" to the Notre Dame de Paris, perhaps the world's most stunning cathedral. And finally, find out where the true divas reside within the Sydney Opera House.