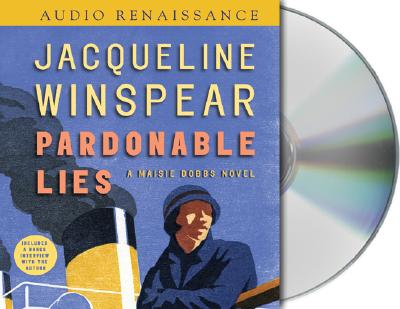 By Jacqueline Winspear, Orlagh Cassidy (Read by)
$39.95
Special Order -- These books can be hard for us to get

In the third novel of this bestselling series, London investigator Maisie Dobbs faces grave danger as she returns to the site of her most painful WWI memories to resolve the mystery of a pilot's death.
Agatha Christie's Miss Marple. Sue Grafton's Kinsey Millhone. Alexander McCall Smith's Precious Ramotswe. Every once in a while, a detective bursts on the scene who captures readers' hearts--and imaginations--and doesn't let go. And so it was with Jacqueline Winspear's Maisie Dobbs, who made her debut just two years ago in the eponymously titled first book of the series, and is already on her way to becoming a household name.

A deathbed plea from his wife leads Sir Cecil Lawton to seek the aid of Maisie Dobbs, psychologist and investigator. As Maisie soon learns, Agnes Lawton never accepted that her aviator son was killed in the Great War, a torment that led her not only to the edge of madness but to the doors of those who practice the dark arts and commune with the spirit world. In accepting the assignment, Maisie finds her spiritual strength tested, as well as her regard for her mentor, Maurice Blanche. The mission also brings her together once again with her college friend Priscilla Evernden, who served in France and who lost three brothers to the war--one of whom, it turns out, had an intriguing connection to the missing Ralph Lawton.

Following on the heels of the triumphant Birds of a Feather, PARDONABLE LIES is the most compelling installment yet in the chronicles of Maisie Dobbs, "a heroine to cherish" (Marilyn Stasio, The New York Times Book Review).

Jacqueline Winspear is the author of two previous Maisie Dobbs novels, Maisie Dobbs and Birds of a Feather, both BookSense selections. A New York Times Notable Book, Maisie Dobbs has been nominated for seven awards, including the Edgar Allen Poe Award for Best Novel. The novel won the Agatha and Macavity Awards, as well as the Alex Award for an adult novel suitable for young adults. Originally from the United Kingdom, she now lives in Southern California.Orlagh Cassidy is the winner of the 2009 Best Voice in Children & Family Listening and the 2008 and 2011 Best Voice in Mystery & Suspense. She's narrated for Jacqueline Winspear, James Patterson, Erica Spindler, Beth Harbison, and Frank Herbert, among others.

Praise for Maisie Dobbs
“Startlingly original...A deft debut novel...Be prepared to be astonished at the sensitivity and wisdom with which Maisie resolves her first professional assignment.” —The New York Times