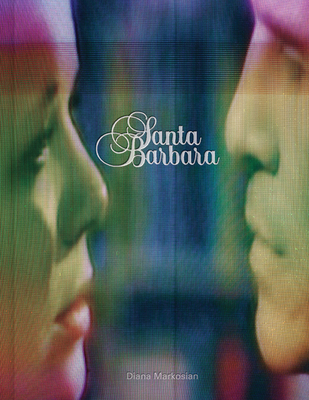 Santa Barbara is the debut monograph by Diana Markosian, a talented artist who works at the intersection of photography and film. The series recreates the story of Markosian's family's journey from post-Soviet Russia to the U.S. in the 1990s. The project pulls together staged scenes, film stills, and family pictures in an innovative and compelling hybrid of personal and documentary storytelling. In it, the artist grapples with the reality that her mother, seeking a better life for herself and her two young children, escaped Russia and came to America. Markosian's family settled in Santa Barbara, a city made famous in Russia when the 1980s soap opera of that name became the first American television show broadcast there. Weaving together reenactments by actors, archival images, stills from the original Santa Barbara TV show, Markosian reconsiders her family's story from her mother's perspective, relating to her for the first time as a woman, and coming to terms with the profound sacrifices she made to become an American. Picturing the hopes of Markosian's mother to provide a different future for her children, the project emphasizes the hypercharged symbolism of the opportunities of America and the West, while serving as a personal reflection of the artist's family history. Images are woven together with a script written by Markosian in collaboration with one of the original Santa Barbara writers, Lynda Myles, and is the basis for a new short film directed by the artist. Encapsulating different styles and storytelling techniques, Markosian proves to be at the forefront of a new generation of photographers pushing the boundaries of documentary. A solo exhibition of the same name will open at the San Francisco Museum of Modern Art in February 2021. The work will then be exhibited at the International Center of Photography in New York.