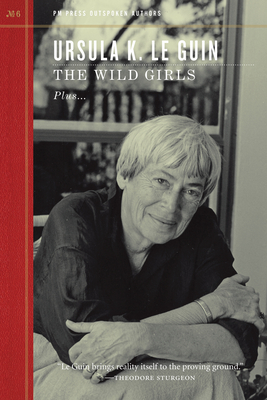 Newly revised and presented here in book form for the first time, this Nebula Award-winning story tells of two captive "dirt children" in a society of sword and silk, whose determination to find a glimpse of justice leads to a violent and loving end. Also included is the nonfiction essay "Staying Awake While We Read" which demolishes the pretensions of corporate publishing and the basic assumptions of capitalism, and "Outspoken Author Interview," which reveals the hidden dimensions of America's best-known sci-fi author.
Ursula K. Le Guin is a mentor to two generations of radical feminist and progressive writers. Her novels and stories have won every major science fiction and fantasy award as well as the Pen/Malamud and the National Book Award. Her works include The Dispossessed, The Left Hand of Darkness, and A Wizard of Earthsea. She lives in Portland, Oregon.
"Nominated for a 2003 Hugo Award and finally in book form, this novella proves that sci-fi doyenne Le Guin grows sharper with the decades. The three-caste society she imagines, and the two girls situated at its bottom, show that while cultural structures of race, class and gender may be fluid, power hierarchies and their grim human toll remain constant." —Ms Magazine (April 20, 2011)

"The essays and especially the interview are zingy and pugnacious." —Harper's (September 21, 2011)

"I appreciate that there are publishers making little neat books like this one, with a mixture of contents that span the different writing-hats a person like Le Guin has worn in her career. The Wild Girls provides an enjoyable, worthwhile reading experience." —www.tor.com (January 2012)