The Stories of Jane Gardam (Hardcover) 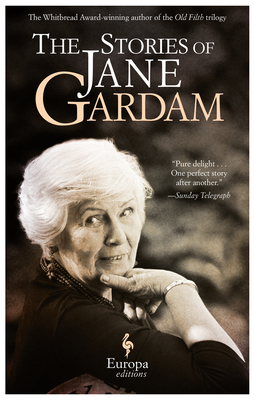 The Stories of Jane Gardam (Hardcover)


We can usually get this book in 3 to 7 days, except during a pandemic. We are doing our best
From the inimitable Jane Gardam, whose Old Filth trilogy cemented her status as one of England’s greatest living novelists, comes a collection of short stories that showcase her subversive wit, gentle humor, and insight into the human condition. Gardam’s versatility is on full display, while her sublime grasp of language and powers of observation remain as provocative as ever.
Jane Gardam is the only author to have twice been awarded Britain’s prestigious Costa (formerly Whitbread) Award for Best Novel. She was also a Booker prize finalist. Her novel The Man in the Wooden Hat was a finalist for the Los Angeles Times book prize and Old Filth was a finalist for the Orange Prize and a New York Times Notable Book of the Year. She lives in the south of England.
“Readers will feel lucky to have so much good writing in one place.”
—Publishers Weekly Starred Review

“Jane Gardam is a wonderful writer. Her understanding of character and use of language are both remarkable”
—The Times