The Wind Rises: Book 1 of the Alma Series (Hardcover) 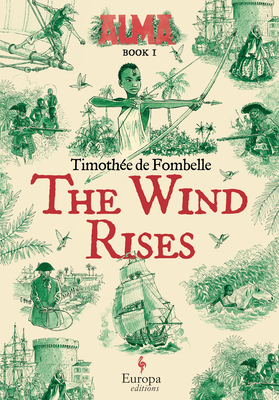 The Wind Rises: Book 1 of the Alma Series (Hardcover)

FROM THE BESTSELLING WINNER OF THE PRIX SORCI RES

From Europe to Africa to the Caribbean, this first installment in the Alma trilogy tells a gripping story of hope, perseverance, and love that readers will not soon forget.

1786. Isolated from the rest of the world, thirteen-year-old Alma lives with her family in a lush African valley. She spends her days exploring their blissful homeland. But everything changes when her little brother finds a secret way out of the valley.

Alma sets out to find him, but she soon must face terrible dangers in a continent ravaged by the slave trade. The journey to bring her brother home becomes a harrowing adventure to save herself, her family, and the memory of her people.

Meanwhile, in Lisbon, Joseph Mars, an orphan turned petty thief devises a great plan to land himself aboard a slave ship, The Sweet Amelie, on the ultimate quest--to find a pirate's treasure in the far reaches of the Caribbean. But as time passes, he learns he is not alone in his hunger for the treasure, which forces Joseph to rethink the true purpose of his presence aboard The Sweet Amelie.

The destinies of a large cast of characters, including Alma and Joseph, become intertwined both on land and at sea in this unforgettable adventure of resilience and compassion as de Fombelle quietly elucidates the slave trade and the infamous Middle Passage for middle grade and YA readers.