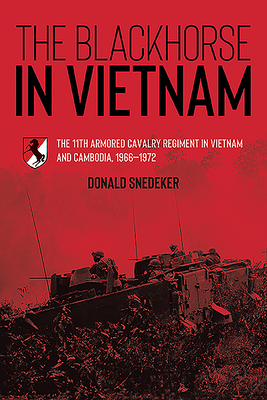 The story of how the 11th Armored Cavalry overcame the perception that Vietnam was an infantry war, and demonstrated what armor could do in an insurgency.

When the 11th Armored Cavalry Regiment came ashore at Vung Tau, South Vietnam, in September 1966, it faced a number of challenges. The enemy--Viet Cong (VC) and North Vietnamese Army (NVA)--was, of course, the most critical challenge. But the terrain and weather were also factors that could adversely affect the employment of both armored vehicles and helicopters alike. The dearth of doctrine and tactics for the employment of armored cavalry in a counterinsurgency was equally challenging--especially during the pre-deployment training and initial combat operations.

But just as importantly, there was an institutional bias within the Army that an insurgency was an infantryman's war. Despite the thick jungle and monsoonal rains, despite the lack of doctrinal guidance, Blackhorse leaders found a way to overcome the obstacles and accomplish the mission. Within a year of their arrival in Vietnam, Blackhorse troopers overcame ambushes that featured volleys of anti-tank weapons, multitudes of mines, and coordinated assaults by reinforced enemy regiments against troop-sized positions. They defeated an entire enemy division twice their size. Most importantly, the 11th Cavalry successfully demonstrated the ability to operate on and off the roads, in the jungle, and during both the wet and dry seasons. By the spring of 1967, Army leaders were beginning to realize the value of armored forces in Vietnam. With the Blackhorse Regiment leading the way, armor was considered an essential part of the combat team.

This is a history of the Blackhorse Regiment in the Vietnam War, and the stories of some of the 20,000 young Americans who served in its ranks during the war.