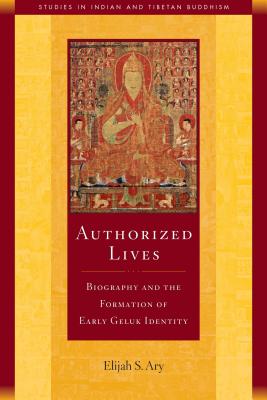 
This book has been declared out of stock indefinitely, so we are unlikely to be able to get it.
Delve into the biographies of Tsongkhapa, Khedrup, and Jetsunpa. In Authorized Lives, Elijah Ary, former Geluk monk, recognized tulku, and Harvard-trained scholar, looks at various commonly accepted conceptions of Tsongkhapa's biography. He demonstrates how these conceptions evolved in the decades after his death. Authorized Lives is the first work devoted to early Geluk history and to the role of biographies in shifting established lineages. As the dominant tradition of Tibetan Buddhism that provides the intellectual backdrop for the Dalai Lama's teachings, the Geluk lineage traces its origins to the figure of Tsongkhapa Losang Drakpa (1357-1419). Gelukpas today believe Tsongkhapa is a manifestation of the bodhisattva Manjushri and revere him with his two heart disciples, Gyaltsap and Khedrup. But as Elijah Ary, a former Geluk monk and Harvard-trained scholar, points out, both of these conceptions of Tsongkhapa arose many decades after his death. Delving into the early Geluk biographical tradition, Ary follows the tracks of this evolution in the biographies of Tsongkhapa, Khedrup, and the influential early Geluk writer and reformer Jetsun Chokyi Gyaltsen.
Elijah Sacvan Ary was born in Vancouver, Canada. In 1979, at age seven, he was recognized as the reincarnation, or tulku, of a Tibetan scholar and spent his teenage years as a monk at Sera Monastery in South India. He went on to study at the University of Quebec in Montreal and the National Institute for Eastern Languages and Civilizations (Inalco) in Paris, and he earned his PhD in the Study of Religion from Harvard University. His writings have appeared in the books Little Buddhas: Children and Childhoods in Buddhist Texts and Traditions, Oxford Bibliographies Online: Buddhism, Contemporary Visions in Tibetan Studies, and Blue Jean Buddha: Voices of Young Buddhists. He lives in Paris with his wife and teaches Buddhism and Tibetan religious history at several institutions.